Why Do Geckos Fire Up: Crested, Gargoyle & Leopard Geckos 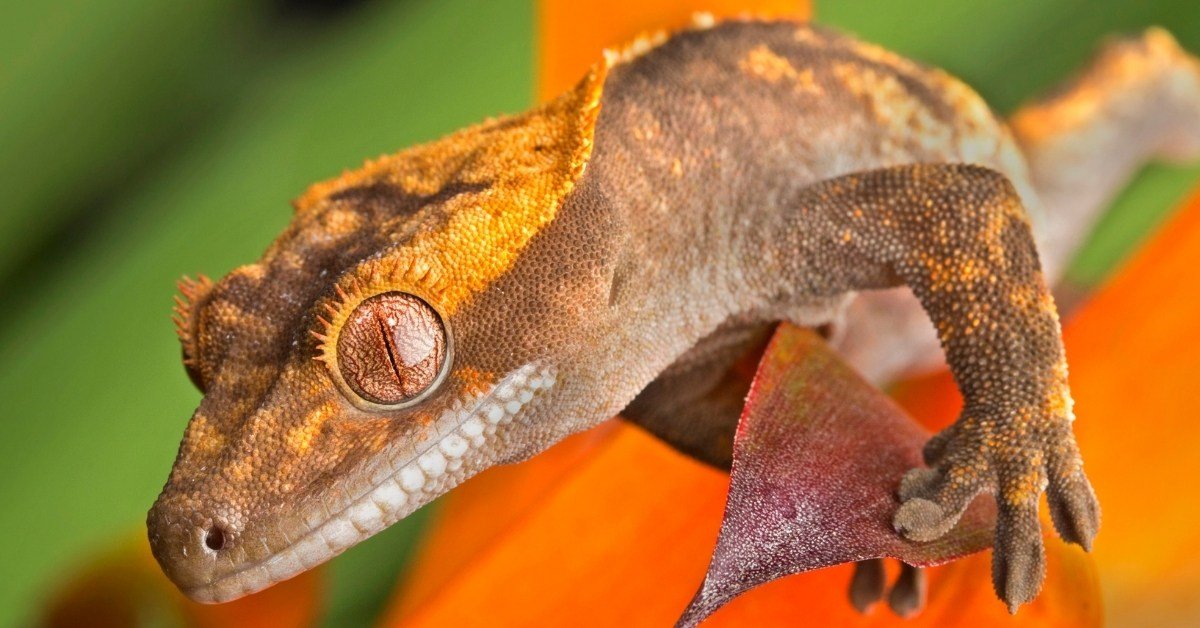 Geckos firing up and down might be weird or even concerning to see: a gecko turning from neutral hues to vibrant tones over the course of a few minutes. You might be thinking it’s a lack of blood flow or a sign of illness, but it’s an entirely natural process.

So why do geckos fire up? Most of it has to do with the presence of light; geckos reflect sunlight (or, in captivity, artificial light), which turns them light during the day, and absorb light in darker conditions, turning them more vibrant at night.

Based on species and unique coloration patterns based on genetics, geckos fire up in different ways. Read on to learn more about this unique trait!

Why Do Crested Geckos Fire Up?

Scientists suggest that this phenomenon is a product of evolutionary processes; it’s advantageous for a gecko in the wild to blend in during the day and safely stand out under the cover of darkness during the night.

Water can also cause your crested gecko to fire up, though a little less dramatically. You can mist your gecko lightly to see a change in color.

Crested geckos usually have a fired up pattern that follows their uplifted crest sections: the top of the head and down in a line over the spine, the outsides of the legs, and the top of the tail. These parts become more vibrant than other sections, which darken slightly but do not change nearly as much.

When a crested gecko fires down, they return to their normal coloration, typically a lighter tan or orangey-brown. These are the washed-out tones of their brighter fired up colors.

The process occurs at roughly the same rate throughout the body, rather than moving from head to tail. You will observe a gradual fading from the darker to lighter colors, staying within the same lines of their base coloration pattern.

Firing down happens a bit more quickly than firing up, given that a wild gecko benefits more from camouflage protection via firing down than becoming more vibrant in the dark.

Why Might A Crested Gecko Be Fired Up During The Day?

Being nocturnal animals, crested geckos usually fire up at night when they’re most active, and when there is minimal light to reflect. So why would your gecko be fired up during the day?

Well, geckos have to be directly exposed to direct light to fire down. So, they can remain fired up if they spend time hiding or burrowing, or if their enclosure is located in a fairly dark room.

Since firing up can occur a bit with water, you might see some color appear when your gecko drinks water or if their enclosure is exceptionally humid. If their whole body fires up rather than areas around their mouth and head (where the water touched), the latter is probably true.

This can be a sign that the humidity in their enclosure is too high – make sure it is between 60-80% – as excessive humidity can create a disease-supporting environment.

Why Do Gargoyle Geckos Fire Up?

Gargoyle geckos fire up for the same reasons as crested geckos: exposure to water or a lack of light. Their coloration pattern is a lot more splotchy than that of a crested gecko, so the differences in colors will be less defined, especially when viewed from afar.

Patterns can still be intricate, though, including various shapes and stripes in addition to splotches. Typical colors include browns, oranges, yellows, and reds—don’t bring your gargoyle gecko to a pile of autumn leaves; you’ll definitely lose them!

Often, firing up communicates your gecko’s comfort in their environment. Though the phenomenon is not exactly controllable, it will not occur as dramatically when the gecko is stressed, given that stress would indicate the presence of danger in the wild and a resulting need for camouflage.

As your gargoyle gecko fires down, they will fade into their regular lighter shades. As with crested geckos, this process will occur a little more quickly than firing up.

Because of the more variable, often splotchy coloration patterns present in gargoyle geckos, some random areas of dark tones may take longer to fade in the firing down process.

If you observe your gargoyle gecko firing down while away from light or water, they may be stressed. Take care to evaluate the conditions of your gecko’s enclosure and their overall health, as this could be a sign that something is wrong.

Do Leopard Geckos Fire Up?

While considerably less dramatic than crested or gargoyle geckos’ firing up, leopard geckos do change colors based on light and exposure to water. Both the speed of this process and the evolutionary advantages of its occurrence are similar to other geckos.

The most noticeable change when a leopard gecko fires up is the darkening of their spots. Their background cream/orange color may darken slightly as well, primarily along the back, tail, and top of their head.

Now you understand why geckos fire up—the dramatic color change is not an indicator of any health concern or stress, just a natural response to changes in light or water exposure.

Geckos are just one group of animals with the ability to change color; many members of the animal kingdom use this trait for camouflage or mating displays. Enjoy observing your unique reptile friend!