Why Do Guinea Pigs Sneeze: Reasons & What To Do 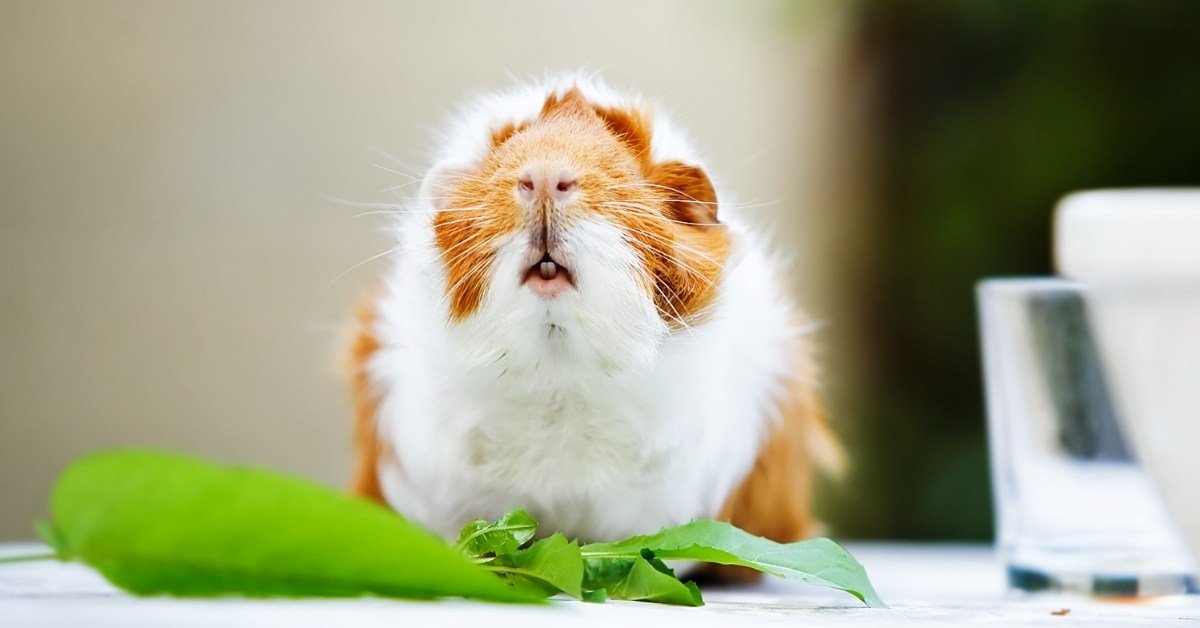 It’s a cute little noise, but a guinea pig sneezing may be a sign that something is wrong. Most of the time, there’s nothing serious to worry about, but in some cases, there may be a lot to worry about.

So why do guinea pigs sneeze? Most of the time, it’s just in response to dust, usually from hay or other material with dust-like particles. However, more frequent sneezing can be a sign of a bacterial infection, which has the potential to develop into a severe illness like pneumonia.

Read on to learn how to accurately assess why your guinea pig is sneezing and when it’s time to visit the vet.

Why Do Guinea Pigs Sneeze

Guinea pigs, being especially sensitive to scents and prone to respiratory illnesses, have various reasons to sneeze. Understanding what’s behind the sneeze is a simple yet critical process.

Note: For serious cases, be sure to consult with your small animal veterinarian, as medication and special attention may be required to nurse your guinea pig back to health.

Here are the typical reasons behind why your guinea pig is sneezing:

1. Dust or food is blocking their nose, so they’ll sniffle or sneeze to remove the obstruction. Take note whether your guinea pig sneezes while munching on hay, or when burrowing (some types of bedding can be quite dusty, and the motion of burrowing will kick up some particles).

2. Sneezing might also indicate an allergy to dust, mites, food, and/or strong scents. They will also have some greenish yellow discharge from their eyes, with some redness around the edges.

4. An upper respiratory infection is quite likely if your guinea pig is sneezing often. Look for other telltale symptoms like discharge from the eyes and nose, trouble breathing normally (slight wheezing or clicking sounds are common), lethargy, loss of appetite, and unusual weight loss.

Any combination of sneezing with one or more of these symptoms is cause for concern. But if caught and treated via antibiotics early on, the infection can be managed and cured relatively quickly.

When upper respiratory infections are not treated, they can develop into pneumonia. The same types of symptoms present in a URI will be present with pneumonia, but will worsen over time. Breathing may be increasingly labored, and you will notice more wheezing.

How Many Times A Day Should A Guinea Pig Sneeze?

If your guinea pig sneezes once or twice, there’s no need for concern. Just as the human body uses sneezing as an involuntary mechanism to expel dust and other foreign particles from the airway, a guinea pig may sneeze a little bit in response to particularly dusty types of bedding.

However, if your guinea pig continually sneezes throughout the day, especially if it happens with a high frequency (a handful of times within a minute or two), you should begin to consider a more serious cause.

Most likely, infrequent sneezing in the absence of other symptoms has no deeper meaning. Having rather sensitive lungs, guinea pigs will sneeze in response to a little dust. Doing so clears the blockage, and a healthy guinea pig will simply go on with their day.

A guinea pig sneeze sounds like a short burst of air, similar to the sneeze of a small child or a cat. It is quick, lasting just a fraction of a second, and may have a bit of a squeak to it.

Note whether it comes with a wheezing or clicking sound, as those may indicate a more serious reason to sneeze.

The force that comes with the release of air may cause your guinea pig to stumble backwards a step or two, or give their head a little shake. They might wiggle around for a second, as they would do to shake off pieces of bedding.

Your pet might blink in surprise, as if taken aback by their sneeze, but will quickly move on to eating or running around or whatever else they had been up to.

Like the many other little noises guinea pigs make, a sneeze is not very noticeable. But since frequent sneezing can be a sign of infection or allergy, it’s crucial to spend time monitoring your guinea pig, watching out for such symptoms.

Things to Do When Your Guinea Pig Sneezes When Eating Hay

Hay is an essential component of a guinea pig’s diet; they need high fiber foods to support their digestive system, and the chewing keeps their teeth strong and healthy.

But if your guinea pig frequently sneezes when they’re eating their hay, they are likely inhaling a considerable amount of dust. And inhaling enough particulate matter over time can inhibit lung function as particles collect.

Defensive structures called macrophages will “swallow” foreign particles and eliminate them, but some materials will kill the macrophage and give off toxic chemicals—fibrous or scar tissue forms. Then, as a result, limits the normal abilities of the lungs.

Timothy hay is usually the choice for guinea pigs and other small animals, given its ideal fiber content and low protein, calcium, and calorie levels.

This type of hay is virtually free from dust, though if your guinea pig is still sneezing from Timothy hay, you should choose a brand that uses a dust extraction process to further limit dust content.

You should also store your hay in a sealed container. Though it doesn’t need to be fully airtight, it should have a lid that fits well. This will prevent dust and other airborne particles in your home from getting into your guinea pig’s hay.

What Can Guinea Pigs Be Allergic To?

Sometimes sneezing can be a sign that your guinea pig has an allergy. They may also sniffle or cough, and discharge from the eyes and nose is common, similar to allergy symptoms in humans. Depending on the allergen, a skin rash could occur as well.

Guinea pigs can be allergic to a range of food and bedding materials:

Bedding can also be the issue, paper, cedar, or pine bedding in particular. While paper and kiln-dried pine bedding are still all right for most guinea pigs, cedar is never recommended due to its more pungent scent and irritating oil, which all piggies are sensitive to.

An allergy to pine bedding is typically in response to mites living in it; always choose high-quality, vet-recommended brands. Paper bedding may contain too much dust.

How To Treat A Guinea Pig With A Cold

If your guinea pig is experiencing a loss of appetite and/or seems fatigued, they may have a cold. Like in other animals, this can result from both viral and bacterial infections of the upper respiratory system.

A visit with your vet will ascertain whether the infection is viral or bacterial, and thus how effective antibiotic treatment will be. Often, even if the cause is viral, antibiotics will still be helpful as some bacterial components are usually present.

Make sure your guinea pig is eating and drinking enough throughout their recovery. Offer them their favorite treat foods if they continue to refuse their regular foods, choosing hydrating options like lettuce and cucumber.

Remember, it’s important to always keep an eye on your guinea pig’s behavior—a harmless sneeze can truly be harmless, or hint at a serious condition.

Look out for other symptoms that may indicate allergies or an infection. Keep your pet’s cage clean and stocked with fresh, quality bedding, and when in doubt, seek advice from your veterinarian!