Why Do Guinea Pigs Nibble & Lick You: 4 Possible Reasons 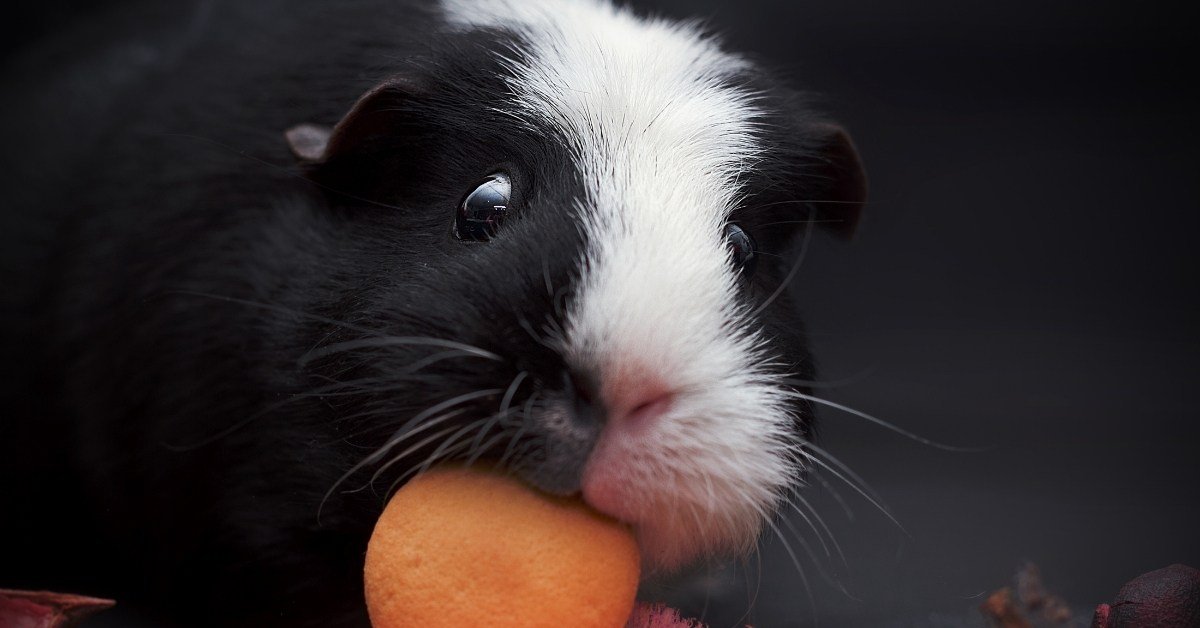 You might have noticed your guinea pig licking or nibbling your fingers when you’re petting them.

There’s no disputing that it’s super cute, but it usually means that your guinea pig is trying to tell you something. Nibbling gently or licking is a method of communication.

Why Do Guinea Pigs Lick And Nibble You

The most obvious reason for licking and nibbling is hunger. You might feel their tiny tongue tasting your fingertips or a slight nibble; it most likely won’t hurt or break the skin.

Normally this is because they’re hungry and can smell something on your hand. If you’ve been preparing food recently and they like the smell of it, they’re just testing to see if you’re edible.

If your guinea pig is scared or feels a little insecure about what’s going on around them, they’ll give you a warning nip. This is a quick pinch with their teeth that’s meant to give you a sharp shock.

It usually won’t draw blood; they just want to make sure you’re aware that they aren’t comfortable.

If your guinea pig is nipping you and is clearly unhappy, you need to find out the problem. It could be:

Whatever it is, just adjust it to make them feel more comfortable. It might just be that they’ve had enough of cuddling that day and want to go home.

Licking and gentle nibbles can be a sign of affection. Guinea pigs often groom each other, using their teeth to get out any dirt or bugs from the roots of each other’s fur.

Although you don’t have fur, your guinea pig may still think you need their assistance in grooming and will try to keep you clean and happy by gently nibbling at your skin.

You might notice this happen more on your bare arms rather than on your hands. Or your head, if they have a chance (more on this below).

Show them that you love them back. Guinea pigs love being massaged behind the ears and on the bridge of their nose so these are great spots to return the favor.

If your guinea pig is upset, they might show their emotions by nibbling your fingers at first. But beware that if you don’t amend what’s making them unhappy, they might become more aggressive and turn from nibbling to proper bites.

Guinea pig bites are incredibly rare as they’re non-aggressive by nature; however, if they’re distraught, they can and will bite quite hard, drawing blood.

If your guinea pig has been pushed to the stage of biting, you should take them back to their home to calm down as soon as possible.

You will notice other warning signs before the bite if your guinea pig is getting this agitated. They might make a giggling noise or start stamping their back legs. If you notice any other forms of aggression, take them home immediately.

Why Do Guinea Pigs Nibble Your Clothes?

Guinea pigs’ instinct is to chew constantly while they’re awake. This is because their teeth continuously grow, and it’s their job to wear them down.

If your guinea pig is chewing fabrics, it might be because they don’t have enough hay or grass to chew on, or because they’re just hungry.

Offer them some food and see if that distracts them away from your clothes. If not, it may be because your guinea pig is uncomfortable with how long their teeth currently are, and it might even be painful to them.

Double-check that their teeth aren’t growing up out of their mouth or into the gum line. A vet can easily cut them down if they’re getting too long.

Alternatively, it could be their way of grooming you. If they’re trying to show you some respect and affection and don’t seem to be getting very far nibbling on your skin, a woolly jumper will appear to be a better option as it’s much more like their own fur.

Why Do Guinea Pigs Eat Your Hair?

Barbering is a common practice between guinea pigs. This is when a guinea pig chews the fur of other guinea pigs, making it shorter – essentially giving them a haircut.

This is usually to assert dominance as the older guinea pigs will barber the younger ones. It can also be a sign of affection as they help each other out in hotter months, especially if the guinea pig has long hair.

If your guinea pig is nibbling at your hair, this is just like barbering other guinea pigs, and they’re just accepting you as part of their family.

Should You Stop Them?

It shouldn’t harm your guinea pig too much if they swallow a bit of your hair so allowing them to chew off a few strands will just strengthen the bond between you.

However, you shouldn’t allow it long-term as a hair build up in their stomach can cause health issues.

Why Do Guinea Pigs Nibble Each Other’s Ears?

Nibbling on each other’s ears is usually a sign of dominance in guinea pigs. The alpha will chew on the lower-ranking guinea pig’s ears. It’s a completely normal behavior and nothing to worry about unless you notice it happening excessively.

If the nibbling has become obsessive or is drawing blood, it might be a sign of bullying. Check that the guinea pig with the chewed ears is still eating and drinking as usual and apply some antibacterial cream to the affected area.

You can purchase special rodent cream for sores and rashes at most pet stores.

What If It Is Bullying?

If your nibbled (not the nibbler) guinea pig is acting withdrawn, has lost their appetite, or is sleeping separately from the other guinea pig, then it might be time to have a trial separation.

You’ll need to ensure that the guinea pigs can still see and smell each other but partition them off to allow the ears to heal and to give them that bit of space that they need.

Never aim to separate them long-term as guinea pigs do get depressed without company. Once the ears are fully healed, start introducing them again. Usually, excessive ear chewing will happen during mating season and will reduce throughout the rest of the year.