Guinea Pig Vibrating: 5 Reasons & What To Do About Them 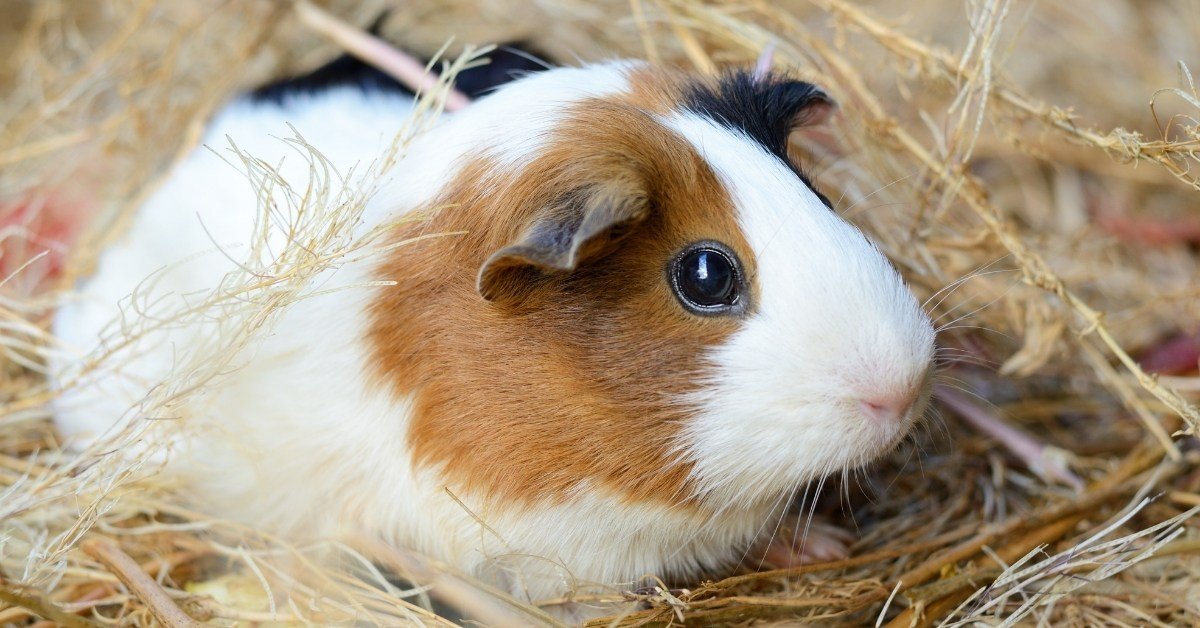 Guinea pigs are expressive animals; they have many different noises and movements to let you know they’re either happy, sad, afraid, or even sick. One of those noises/movements are purring/vibrating.

So why do guinea pigs vibrate and purr? They do this to express their emotions. The vibrating or purring can mean different things depending on the pitch and volume of the noise and the other behaviors they’re displaying alongside it.

So let’s go into every thing it might mean, how to identify it, and what to do about it.

Guinea Pig Vibrating Out Of Fear

If your guinea pig is scared or upset, you’ll notice an exaggerated vibrating motion. You won’t even need to touch them to notice it; they will visibly shake.

This comes along with a low, long purring sound. Imagine the noise you make when people exaggerate a shivering noise or a giggle. They will also hunch up and appear tense or on edge.

This lets you know that whatever you’re doing needs to stop. Although guinea pigs rarely bite, you should expect a little nip if you continue.

You’ll often notice this behavior if:

Work out what it is that’s upsetting them and remove the issue. They shouldn’t be upset for much long after. If it continues, pop them back into their home with their friends to allow them to calm down.

They might just be having a cranky day. Food and treats are always a welcome distraction for a guinea pig if they feel a little insecure.

Guinea Pig Vibrating Because Of Mating/Dominance

If you notice a low, deep buzzing or purring sound along with repeated pacing back and forth or a wiggle of their bum and stamping of their back feet, this is usually a display of dominance.

Males will do this if they’re placed near a female guinea pig and want to show off. You’ll notice this most in the springtime when the females would be ready for mating.

You might even find that if housed together, two males will become more vocal in this way when it’s time for them to mate, even if they normally get along fine for the rest of the year.

It’s also possible for two females to display the behavior if there’s a battle for dominance. The alpha female is entitled to the best patches of grass or hay and the warmest sleeping spot which can cause some arguments from time to time.

In both cases, you might notice attempted humping shortly afterwards. Humping and purring is entirely normal behavior, even between two females. You might even notice a female humping the head of the other guinea pig whilst vibrating and stamping their feet.

Rival females will regularly challenge the dominant female, and she must assert that she’s the top pig. It might sound or even look quite aggressive, but if you don’t notice any visible injuries, you can leave them to it.

Unless you notice any worrying behaviors, hair loss or injuries alongside repeated dominance behavior, there’s no need to do anything. They will work it out in the end. The dominant female within a group will change relatively often, and that’s nothing to worry about.

If injuries do occur or you notice any scabs, it’s a good idea to keep a closer eye on them. If it’s possible to separate them for a few days, whilst also giving them the option to see and smell each other, then do that (read more about how to solve fighting).

Your intention should never be to split two guinea pigs up, but to give them a break for a while to allow them to calm down. During this time, introduce them to each other again in a neutral setting – possibly outside, so that they don’t begin defending territory.

If you notice regular humping from behind involving the same two guinea pigs each time, checking the sex of the humper might be a good idea. Some guinea pigs can be difficult to sex when they’re young, and there’s always the chance that the pet store has made a mistake.

Guinea Pig Vibrating Out Of Happiness

When a guinea pig is happy or content, you’ll be able to feel them vibrating – this is also affectionately named ‘buzzing’. This feels like an elongated shiver and often won’t be accompanied by any noise or might come with high pitched happy-sounding squeaks.

It comes in short bursts of around 5 seconds each time and will be repeated throughout the time that your guinea pig is pleased. This is similar to the purring of a cat.

You’ll also notice that their body language is quite relaxed. Usually laying down on their side or with their legs stretched out. If your guinea pig is vibrating while you’re cuddling, that’s a massive compliment, as they’re clearly enjoying their time with you.

If your guinea pig loves their time with you, just keep doing what you’re doing. Guinea pigs enjoy being wrapped in a cozy blanket, preferably one that they can hide in or burrow their head under.

They also love being gently stroked around their head area and behind their ears. Because they’re prey animals in the wild, they like you to approach where they can see you, as it helps them feel a little more in control.

Stroking or grooming too close to their back end is likely to achieve an angry or scared reaction.

Guinea Pig Vibrating After a Bath

Guinea pigs can shiver, just like we do, so most people immediately assume that their guinea pig is shivering due to the cold. However, unless your room is particularly cold or you didn’t have the water warm enough, it’s probably not the reason.

(Check out our full guide on how to bathe your guinea pig).

You should always wrap them in a towel and dry them as soon as possible. If you leave a wet guinea pig in the open air for too long, they may start to get cold. Never take them outside immediately after a bath. Make sure they’re fully dry first.

But if you already have them wrapped in a towel and the room temperature is fine, it’s possibly the third of the purring options – they’re just happy. Although guinea pigs generally aren’t massive fans of the water, they do like the fluffy towel and cuddles that come afterwards.

If your guinea pig is making a low-pitched buzzing noise along with the vibration, that’s their way of telling you that they really didn’t enjoy bath time. Get them dried and back in their home as quickly as possible.

Although teeth chattering is often associated with animals being cold, just like the vibrations, it actually means that they’re unhappy. You might find that your guinea pig makes a chattering noise after their iconic giggle-like sound.

The two together usually mean that your guinea has moved from being upset or scared and is now angry and feeling confrontational. It’s your guinea pig’s way of standing up to you and warning you to stay away.

You might notice this behavior right before bath time or before you’re about to cut their fur or claws. Although you’re doing these things for their own good, it’s unlikely that they’ll accept that. Give them a bit of space and perhaps give a peace offering of their favorite food.

Overall purring or vibrating is completely normal and natural, so there’s no need to worry or take action. Hopefully, your guinea pig simply appreciates your love.

However, if you notice any aggressive behavior to you or to their house mates, monitor them closely. A brief time apart could be just what they need to get back on track.

To avoid angry or aggressive vibrations: