Guinea Pig Puffed Up: 3 Reasons & What To Do About It 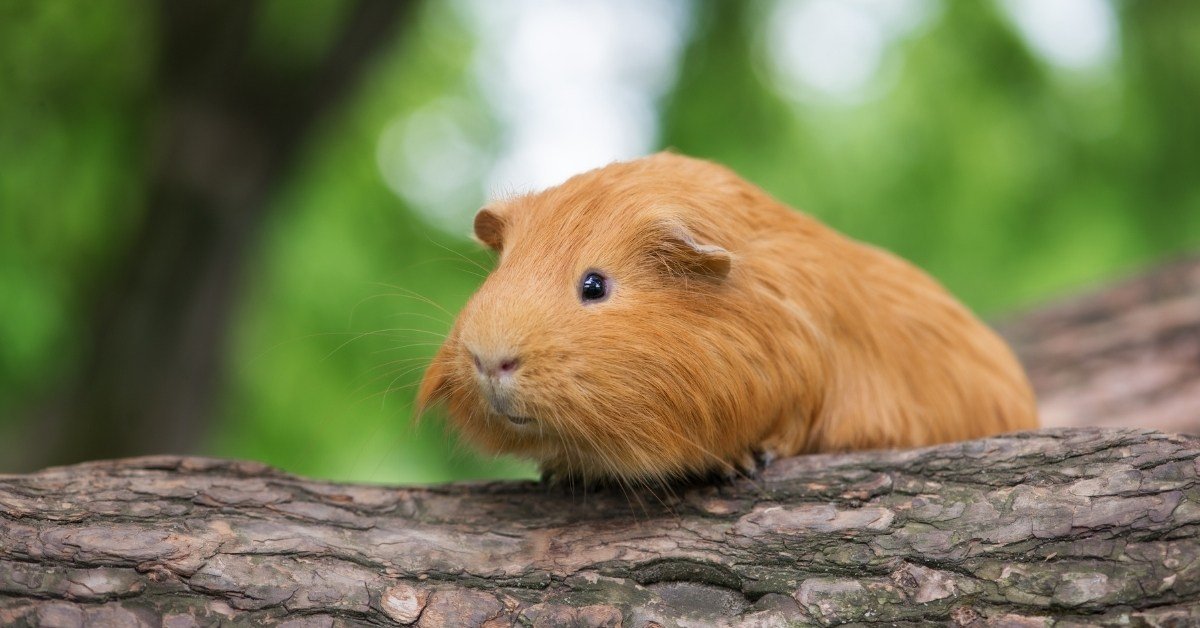 If you have ever owned a guinea pig, then you may have noticed that they occasionally appear to be puffing up. This behavior may have made you wonder; why do guinea pigs puff up?

Well, so why do guinea pigs puff up? They will usually puff up when they’re eating (vulnerable position) or when they feel intimidated to look bigger and more dominant. However, they can also puff up due to being cold or sick.

So while most reasons for puffing up are harmless, others may be signaling that something’s really wrong. In this article, I’ll go over some of the harmless reasons as well as the more concerning ones, and how to identify each.

Puffed Up Or Bloated?

When someone says their guinea pig is puffed up, they’re usually not referring to the size of the guinea pig’s body itself, but the fact that their fur is sticking up.

Guinea pigs that are puffed up will look like their fur is standing up like a cat’s when it’s aggressive. The fur will also look coarser than it usually does.

I mention this because some people might mix up puffiness with being bloated. If your guinea pig is bloated, it might be its food or a bacteria, virus, or parasite. Go to the vet immediately.

Guinea pigs will puff up their fur for a variety of reasons. Usually, if they’re puffed up but acting normal, there isn’t cause for alarm.

However, if you notice a change in their demeanor or eating habits, or if they become unresponsive then there may be some cause for alarm.

Here are some common reasons for a guinea pig to puff themselves up and how to determine if it warrants a trip to the vet.

If your guinea pig appears to be puffed up and they are also gently shivering or burrowing in their hay, then they are most likely just a bit chilly. Guinea pigs will sometimes puff out their fur in an attempt to trap in heat and warm themselves up.

Guinea pigs are susceptible to the cold, so you want to make sure that you’re keeping them nice and warm. You can do that in a couple of ways.

Remember that if you’re cold, your guinea pig is most definitely cold too. They need a temperature of between 18-24°C (65-75°F).

They are susceptible to upper respiratory illnesses, and just like us, they can get hypothermia if they’re too cold for too long. Once they are warm, your guinea pig should stop puffing itself up and shivering and start acting like they normally do again.

You may notice your guinea pig puffing up while eating, when they’re around other guinea pigs, or if there is a perceived threat. They do so in an attempt to make themselves seem bigger than they actually are.

Guinea pigs are prey animals, and their natural instinct is to look the most intimidating when in a vulnerable position or a dangerous situation. This could be any of the following:

If your guinea pig is puffed up in any of those situations, it’s no cause for concern. The only thing you might want to do is try to relax them.

The most concerning reason that your guinea pig will puff itself up for is that it’s sick or injured. If your guinea pig is puffed up and showing any of the following signs, it may need a veterinarian trip.

If your guinea pig is puffed up and hunched over, they may be in pain due to an external or internal injury. Other signs of a guinea pig in pain could include an unwillingness to move, squeaking when you touch them, and grinding their teeth.

These things are easily treated by a vet but can get significantly worse if you leave them be. So if your guinea pig shows any of these signs, take them to the vet.

What is ileus? Ileus occurs when gas builds up in your guinea pig’s intestine and makes it difficult for them to pass stools.

So, your guinea pig puffing up doesn’t automatically mean that there’s something wrong with them. They may be cold, feel threatened by another guinea pig or animal, or simply puff up because they feel vulnerable.

However, if you notice any other changes in their behavior, especially the ones I went through, it’s best to make an appointment with your veterinarian.

We hope you found this information useful, and if you did, check out our guide on how to bathe your guinea pig!