Neutering A Guinea Pig: Everything You Need To Know 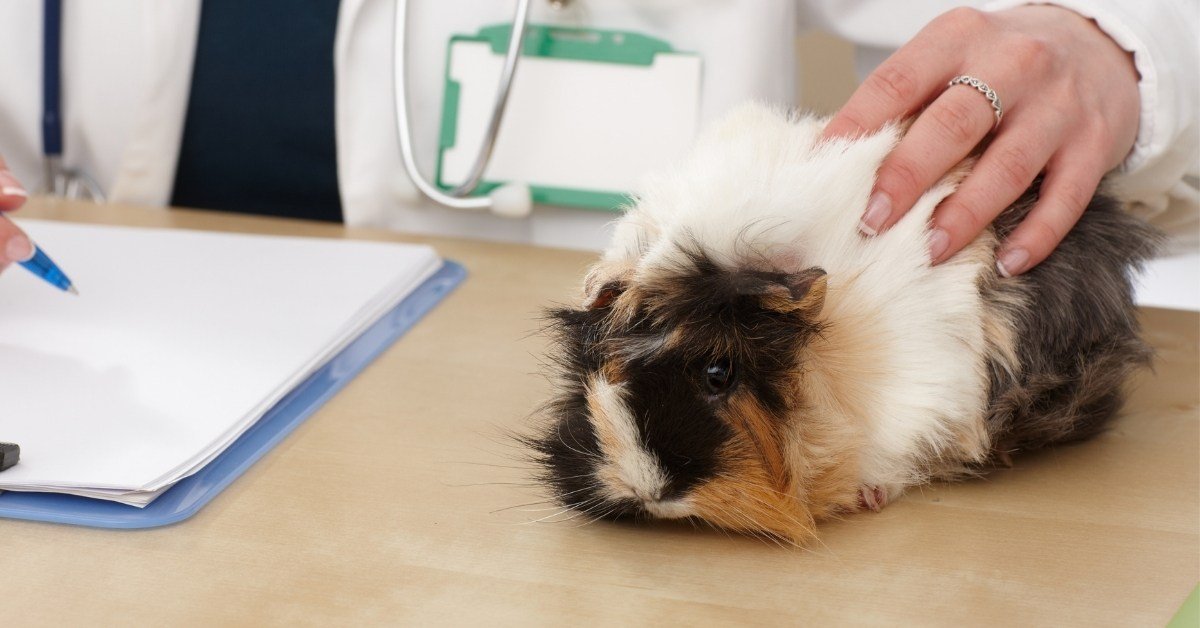 Neutering involves the surgical removal of parts of the reproductive system, meaning your neutered guinea pig will no longer be able to reproduce.

Guinea pigs are naturally social creatures who like to be kept together, so neutering can be a great way to prevent unwanted pregnancies among your pair or group.

And while there are small risks associated with the procedure, there are several benefits as well, and you should consider everything before going ahead with the surgery.

Hopefully, this guide will help you make a more informed decision!

Can You Neuter A Guinea Pig?

Neutering is a common practice among many pets, especially cats and dogs. When it comes to guinea pigs, the procedures are mostly similar, and it is possible to neuter both male and female guinea pigs.

While there is no age limit to when a guinea pig can be neutered, most vets prefer to carry out the procedure on guinea pigs who are a few months old.

It is generally riskier to neuter senior guinea pigs.

Ideally, you should choose an exotic vet at a reputable clinic who is experienced with guinea pigs to carry out the operation.

Should You Neuter A Guinea Pig?

Guinea pigs don’t need to be neutered unless there is a health issue in their reproductive system, so preventing unwanted pregnancies is the primary benefit.

Meaning, if you want to raise a pair of guinea pigs of the opposite sex and you don’t want an extra 2-8 little piggies (the average litter), you should probably get one of the pair neutered.

When it comes to which one you should get neutered – the male or the female. Well, neutering females is generally considered riskier, as the procedure is more invasive and involves a longer time spent under anesthesia.

However, a spayed female gets the benefit of being much less likely to suffer from mammary tumors or obesity. And the chances of them developing ovarian cysts or uterine cancer are eliminated.

Neutering a male guinea pig is a more straightforward and less risky procedure, and it also eliminates the chance of them developing prostate cancer.

At the end of the day, it’s up to your consideration and decision if you should neuter your guinea pig, and which one to neuter.

How Much Does It Cost To Neuter A Guinea Pig?

The costs of neutering a guinea pig vary greatly. In general, the procedure can cost anywhere between $50-$300, with an average price of $100. This variation largely depends on the clinic you choose and the level of care they include in the neutering process.

For this reason, it’s a good idea to be aware of precisely what is included in the price. Both a pre-op assessment and post-op check-ups are required when a guinea pig is neutered, and not all clinics will include these in the price they initially quote.

While it may be tempting to go for the cheapest offer, always make sure you are dealing with a reliable, honest, and experienced vet clinic. Ask everything in advance, and ask for a paper copy of what you’re paying for.

Does Neutering A Guinea Pig Calm It Down?

Unlike other animals (such as cats), neutering a guinea pig will not calm it down.

Males will still act territorially around other males, and they will still display sexual behavior towards females. Neutering may reduce this behavior over time after neutering in some individuals, although not until several years later.

Neutering can reduce scent-marking among male guinea pigs, although the difference in smell is usually not significant.

However, some males possess a scent gland around their tail area, which can suffer from a build-up of waxy material over time. This occurs most often in older males and can eventually lead to a rectum blockage, a very smelly guinea pig, and many side effects.

In many cases, neutering reduces the build-up of the material, preventing this completely. But, keep in mind that this will not be the case for every guinea pig, and it is not recommended that you neuter purely for this reason.

Guinea pigs differ from other animals in that neutering will not change their desire to engage in sexual behavior. A male guinea pig will have no knowledge that he cannot produce after being neutered and will continue attempting to mate with females he is paired with.

The same is true for neutered females. This is a perfectly natural behavior and can help to maintain the bonds between pairs.

For this reason, you must keep a recently neutered guinea pig away from other individuals who they may try to mate with. Leftover sperm can remain active in males for up to six weeks after neutering, so there is a chance that pregnancy may still occur during this time.

Sexual behavior might become less common several years after neutering, although this differs between guinea pigs.

If your guinea pig has been fighting others in their cage, they will most likely continue to do so after neutering, so it should not be relied upon as a solution.

That said being, reduced aggression can be a side effect of neutering in some guinea pigs.

Is Neutering A Guinea Pig Safe?

As guinea pigs tend to be more fragile than larger pets, any kind of surgery can be a risk. They are not good at regulating their body temperatures while under anesthesia and are also more susceptible to adverse reactions.

Despite this, guinea pigs rarely die during a neutering operation unless they have an underlying health condition that was not identified beforehand. This is why a thorough pre-op examination is crucial so that your vet can give your guinea pig the all-clear.

As we’ve mentioned, neutering a male guinea pig is much safer than neutering a female. The operation is less invasive, with just small incisions made on each scrotum.

For females, an incision needs to be made in the abdominal region so that the reproductive organs can be removed. This takes longer, is more complex, and is, therefore, more dangerous. Your vet will talk you through the dangers, and it’s up to you to assess and decide.

Once the neutering procedure is over, your guinea pig will usually not suffer from any significant issues. However, you need to keep a close eye on their recovery to ensure that the healing wound doesn’t get infected.

Clean their cage more regularly and monitor their behavior in the weeks after surgery. And always consult your vet if you have any worries. A few weeks later (2-3 at least) give them a nice bath (check out our guide), and they’ll be good as new!