Are Chinchillas Good Pets: Everything You Need To Know 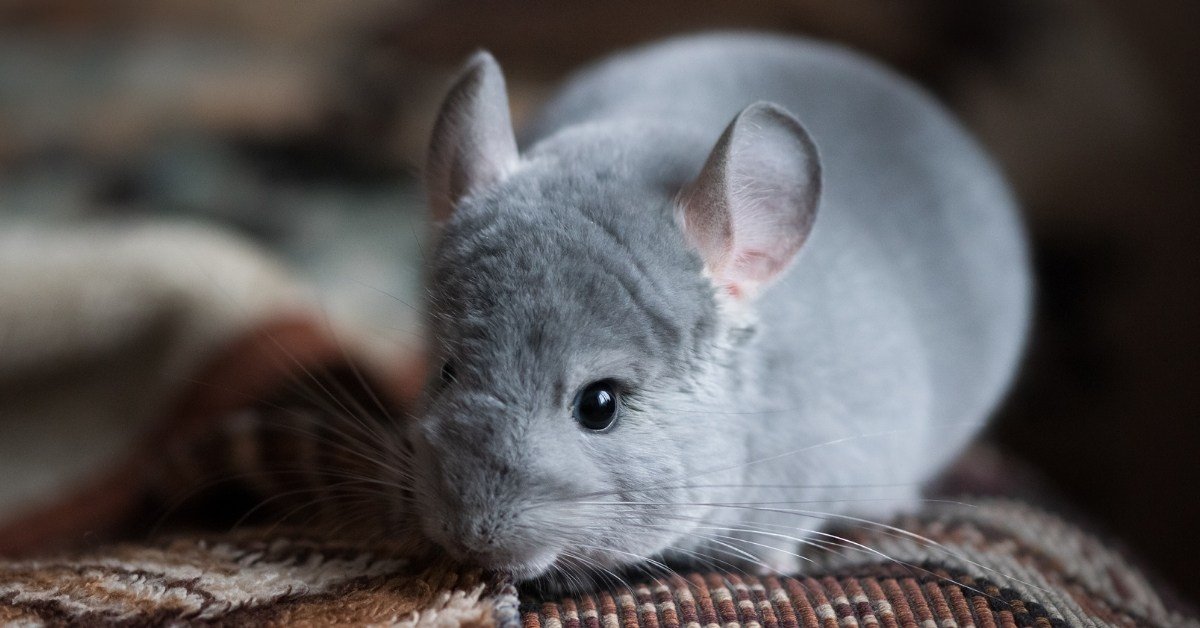 Chinchillas can make amazing pets. They’re unusual, sweet-tempered, and fun. But they do have some very specific requirements to be kept as pets successfully, so you should understand exactly what their needs are before taking the plunge.

(For a similar pet for comparison, check out our article about guinea pigs.)

Why Chinchillas Are Good Pets

Chinchillas are one of the longest living rodents. In captivity, they can last 15-20 years. This allows you to create a great bond with your chinchilla and really get to know them. They also have great personalities and are likely to get more attached to you over time.

Although chinchillas aren’t classed as hypoallergenic, their unique fur type doesn’t create dander. This means that you’re very unlikely to be allergic to your chinchilla, even if you do usually struggle with fur.

Chinchillas can cost anything from $60 to $100 as a one-off cost (but remember you should purchase two as they are pair animals). Once you’ve paid for their initial living space and the chinchillas themselves, the cost to keep them is minimal. You’ll need:

Why Chinchillas Are Bad Pets

They Aren’t Great With Children

Chinchillas aren’t comfortable with excessive human contact. Although they have lovely temperaments, they can be scared easily and are quite tricky to handle.

Their skittish nature means that they can bite out of fear. And for this reason, they aren’t the best pet for young children.

They Get Stressed Easily

Because chinchillas are prey animals, they live their life always on the lookout for threats. If they’re in a room with a lot of activity – a living room or kitchen, for example – they might get over-stressed since there’s a lot of loud noises or unfamiliar people around.

They Don’t Get Along with Other Pets

Once they get to know you, chinchillas can be quite friendly. However, they usually won’t get along with any other pets that you have.

Dogs and cats will always be predators to them, and they generally try to avoid other rodents such as rabbits or guinea pigs. A chinchilla cage would need to be situated in a room with no other animals.

Chinchillas’ teeth, like all rodents, grow continuously. This gives you an ongoing problem to monitor. You’ll need to make sure they’re gnawing enough to wear down their front teeth.

But it gets even worse; lousy breeding can lead to misalignment of the jaw. This misalignment can cause their back teeth are affected by overgrowth.

You’ll need to be on the constant lookout for loss of appetite, drooling, and weight loss as these may be signs that there’s an issue with their teeth further back, and this may require sedation to file them down at regular intervals.

Chinchillas are quite delicate in comparison to other rodents of similar size. They have a floating rib cage, which is attached to their skeleton with cartilage.

This makes handling them properly quite tricky. There’s a fine line between holding them firmly enough so that they don’t escape and squeezing too hard that you might hurt them.

You need to provide wooden toys for them to chew at all times. However, if you let your chinchillas out in a room to play, you’ll still need to keep a close eye on them.

They will often chew wires, skirting boards, table legs, and pretty much anything they can get their teeth into.

What Do Chinchillas Eat?

Chinchillas have a simple diet, which makes them very manageable pets for someone with a busy lifestyle. However, they do need feeding daily, so you will need to get someone to pop some fresh food in if you’re not going to be around.

They need a diet that’s high in fiber and protein with a minimal amount of sugar and fat.

Are Chinchillas Aggressive? Do They Bite?

If they’re backed into a corner, the only defense method they have is their teeth, and they will use them.

Chinchilla bites can be nasty and will draw blood as their teeth are long and quite sharp. That said, if you spend a lot of time around your chinchilla’s cage getting to know them, they’ll start to recognize your interactions as positive, especially if they involve food. The more time you put into your relationship, the less likely they are to get anxious and bite you.

In general, chinchillas rarely need medical care or catch any diseases, so they shouldn’t have any complications if cared for properly. The most common health issues that you’ll encounter are:

Respiratory Diseases – Can occur if their cage isn’t kept clean or if they’re kept in a humid environment. Respiratory infections can quickly develop into pneumonia if they aren’t treated swiftly.

Overgrown Teeth – Always provide chew toys and be on the lookout for a loss of appetite and drooling. If you notice that your chinchilla’s teeth are growing uncomfortably long, take them to the vet to have them shaved down.

Gastrointestinal Stasis – This occurs when your chinchilla isn’t eating enough and the bacteria in their intestines doesn’t have anything to break down. It can cause diarrhea, bloating, and excessive gas. It could be down to a poor diet or stress that caused them to lose their appetite. Try feeding them small vegetable pieces to entice more food intake, but if this doesn’t work, a trip to the vet might be in order, as chinchillas are notoriously difficult to force-feed.

Fungal Infections – Usually happen if they get wet/damp and don’t dry properly. Never let your chinchilla near water, and allow them to have a regular sand bath to dry their fur. Fungal infections will display symptoms of hair loss, red or flaky skin, and excessive dandruff. You should take your chinchilla to the vet if this occurs, as they can provide medication to prevent the spread.

Yes, chinchillas can be noisy. They’re more active during the night and in the early morning, so you will hear them jumping around their cage. It’s certainly not the best idea to keep them next to your bed.

Chinchillas are extremely low maintenance pets. If you have a pair, they will keep each other company and won’t need too much human interaction.

You’ll need to feed them daily, provide fresh water and hay and clean them every day. They’ll also need a dust bath every week or so to keep their fur clean.

If you only have a single chinchilla, they will likely need a little more input from you to stop them from being lonely as they are social creatures in nature. Sitting them near you while you’re watching TV and talking to them should be enough attention, though.

Do Chinchillas Cuddle With You?

Not really. Chinchillas are very lively pets that can be entertaining to watch, but even a tame chinchilla will generally only come to you for food. If you sit still, they may perch on your shoulder for a while, but cuddling is usually out of the question.

Chinchillas are relatively clean animals and will select one spot in their cage to use as a toilet. Knowing where their toilet is allows you to plan ahead. You can add extra bedding to soak up the urine in that area.

They might occasionally spray urine if they feel threatened or trying to show dominance to the other chinchillas they live with.

You’ll probably notice an increase in the spraying if you have a male and female living together, especially when the female comes into season.

Chinchillas, like many rodents, don’t smell much at all if you clean their cage regularly. Most chinchilla cages come with a built-in tray that catches any urine or feces. You just need to line it with a newspaper and replace it daily.

That, alongside a quick spray of pet-friendly cleaning spray will keep them smelling fresh.

If rodents do smell, it’s generally because their fur drags in their pee as they’re wandering around. However, due to the usual chinchilla cage set up and their fur type, this is unlikely to be a problem for chinchillas unless they’re ill.

Should You Bathe Your Chinchilla?

Absolutely not! In the wild, chinchillas live in very dry, dusty environments, and their coats aren’t waterproof. Any moisture that gets onto their fur will a long time to dry out and can lead to fungal infections if not monitored.

In the wild, they’d bathe themselves by rolling in the dust and sand. This removes any dirt and bugs from their fur and dries up any moisture or oils they’ve picked up.

Therefore, sand baths should be given once a week to your chinchilla to keep their fur healthy and keep them smelling nice and fresh.

Top Tip: Buy a sand bath with a lid – the sand tends to fly around everywhere while they’re enjoying a bath, and it can get quite messy!

Chinchillas are prey animals, so they’re naturally quite skittish. They also have lots of energy, so they like to bounce about and run around.

You can develop a strong bond with a chinchilla over time so that they willingly come to you to be petted. However, it’s rare to find one that likes to be held or will sit still long enough for you to try.

Chinchillas, like most animals, can carry diseases. However, many of these are restricted to the species so they wouldn’t be dangerous to humans.

The exception with chinchillas is Microsporum Gypseum, more commonly known as ringworm. This is a fungal infection that affects the top layer of the skin and can be quite contagious to humans.

Ringworm will appear as a patch of red, itchy skin in a perfect circle. It will start off in a single area but can spread throughout the body.

You’ll notice this on the back of your chinchilla’s neck or behind their ears. Make sure you always wear gloves when handling a chinchilla with ringworm, and make sure you take them to the vet for fast treatment.

Will A Cat Kill A Chinchilla?

Unfortunately, yes. Chinchillas are rodents and behave in pretty much the same way as a squirrel would. While it depends on your cat’s personality, many will seek out to hunt chinchillas.

Do Chinchillas Need A Friend?

In the wild, Chinchillas are naturally sociable and do live in family groups. For this reason, it’s always best to get more than one.

That said, they’re flexible pets and can live in a same-sex female pair or a male/female pair – even after mating. Although, male pairs don’t work as well as they can fight if they haven’t been together from a young age.

If required, chinchillas can live on their own – for example, if they had previously had a friend who died. However, you would need to ensure that you spend extra time socializing with them to keep them happy.

Do Chinchillas And Dogs Get Along?

Dogs are natural predators, especially if they’re bred as gun dogs or terriers. Their instinct will always be to catch and kill rodents. While having a laid-back pooch who’s good with small animals may work, it’s not worth the risk.

If you absolutely need to have a dog and a chinchilla in the same household, make sure they’re safely in different rooms.