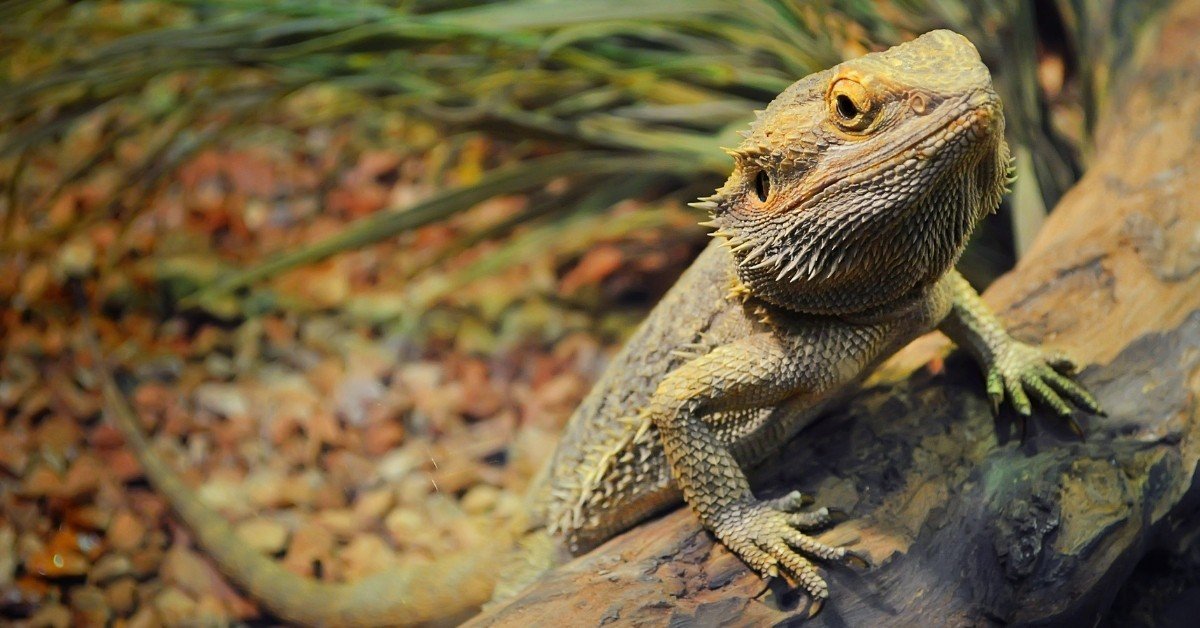 Bearded dragons are awesome pets. Despite being cold-blooded reptiles they actually feel more like oddly-shaped little puppies, but then the question arises, do bearded dragons get lonely as dogs do? And do they even feel any emotion?

But there’s a lot more that goes into a bearded dragon’s mood and emotions, read on to find out!

They are naturally territorial, introducing a new bearded dragon in their house is likely to spark aggression. And fighting can be extremely dangerous for a bearded dragon as their claws can easily rip through the thin under-belly skin and cause injury or infection.

If you’re planning to mate 2 bearded dragons, then it’s recommended to only leave them in the same habitat for a couple of days. During this time, make sure they have plenty of space to retreat to if they don’t get along and remove one of them as soon as the mating has taken place.

If you have a spare terrarium, it’s always better to introduce them into the same one simultaneously so that they’re on neutral ground. This is more likely to result in a smooth meeting than putting one into another’s territory.

Your bearded dragon will be happy keeping their own company, so don’t feel sorry for them and attempt to give them a friend. The results can be disastrous.

Do Bearded Dragons Get Attached to Their Owners?

While bearded dragons might seem like they want to come out for a cuddle, they’re actually not capable of the same type of emotions that mammals are.

Their emotional spectrum works on a purely positive or negative experience basis, so while they might find the time they spend with you on the positive end of this spectrum, they aren’t necessarily capable of loving you.

In the wild, they’re built to run away from things that cause them harm, which keeps them safe. Anything that positively affects their life is something that their instincts will accept and become attached to.

For this reason, bearded dragons do get attached to their owners, but usually not because they love you, unfortunately. It’s because of the experiences that they have with you affect their lives positively.

For example, they realize that you’re the source of food and warmth when they’re out of their terrarium. You’re also the reason that their home is clean. Definitely sounds like some humans out there that don’t love you, but love what they’re getting out of you.

So while they may not want to come out for a cuddle because they love you, if you ensure that all of the experiences they have with you are positive and don’t cause them harm, they’ll appreciate your presence.

So How Do You Bond With A Bearded Dragon?

To develop a bond, you could try feeding them their favorite treat when they’re out of the terrarium with you. This means they’ll associate the tasty meal with being with you.

Giving them a bath is also a positive experience for them, as they really like water. If they can smell you around when they’re having this positive experience, they’ll associate you with that for next time and consequently want to spend more time around you.

Check out our full guide about bathing a bearded dragon.

Do Bearded Dragons Get Depressed?

Bearded dragons can’t display emotions the same way that we do as their brain isn’t wired that way. However, you can tell that they’re unhappy based on their behavior. An unhappy bearded dragon might:

Constant unhappiness can be classed as depression. So the next question arises, why do bearded dragons get unhappy? There are a couple of potential reasons:

Their Habitat Is Too Small

Although bearded dragons aren’t the largest lizards out there, they do need a lot of space to move around. If they feel caged in with no room to move, it can stress them out.

If you buy a young bearded dragon, you need to ensure that they have a terrarium that they can grow into. Don’t make the mistake of buying a small one and assuming that they’ll get used to it.

Because bearded dragons are territorial, the larger their territory is, the happier they’ll be.

One of the leading causes of bearded dragon unhappiness and depression is boredom. Although your bearded dragon might appear to be lazing around a lot of the time, they do actually require a lot of enrichment tools to keep them occupied.

The furniture in your bearded dragon’s home is essential to help stimulate their brain. It’s a good idea to change the plants, rocks and hideaways around every so often to keep their minds active and give them a change of scenery.

It’s also a good idea to allow their live food to wander about a little rather than just feeding directly from your hand. This way, they can practice their natural hunting behavior.

Just make sure that you remove any leftover crickets after a few hours to stop them from escaping and running around your home.

Your bearded dragon needs a lot of attention to keep them occupied and happy. Getting them out for a daily play session is essential for their mental health. Just make sure the room is warm to keep them comfortable.

It’s a great time to think up games for them with food incentives to encourage their natural instincts. Tunnels, balls and even rolled up paper can provide a sensory toy for them and hiding food to encourage them to hunt is a great playtime exercise.

Like the rest of us, bearded dragons typically become unhappy if there’s a lack of sunshine. But for them, it’s more than that. The UV lamp you have in their terrarium heats their blood and gives them the energy to move around.

If your lamp isn’t hot enough, or if it goes off at certain points in the day, it could mean that they’re too cold, making them lethargic and giving them the appearance of being depressed.

Do Bearded Dragons Have Emotions?

Bearded dragons don’t necessarily have emotions as their brain is equipped to respond unemotionally to threats in the wild to give them the best chance of survival.

They recognize positive and negative situations and react accordingly. However, they do have responses based on certain external stimuli. The responses they show can be external actions or bodily functions, which will let you know how they’re ‘feeling’.

If your bearded dragon is angry, you might notice:

If they feel threatened and are scared, they might hide away at the back of the terrarium and might lose their appetite.

A content bearded dragon is the ‘happiest’ you’re going to get. They don’t have the capability to feel love or true happiness and are focused purely on survival.

However, if they’re content, you’ll see them out basking for most of the day. They’ll be active around the terrarium and will have a healthy appetite.

When they’re content they will be up for playing with you outside the terrarium. Toys such as balls and tunnels can enrich their playtime and improve their mood.

If your bearded dragon is sick, they’ll usually display behavior that is outside the norm. This could be anything from:

When a male is ready to mate, their chin will turn black, and they’ll display more authoritative behavior such as head bobbing and chin contraction.

The females will display an orange chin during mating season and may become slightly more aggressive.

Although bearded dragons don’t display emotions as mammals would do, there’s still a lot that you can tell about their mood from a their behavior, allowing you to make better decisions on how to make them happier.