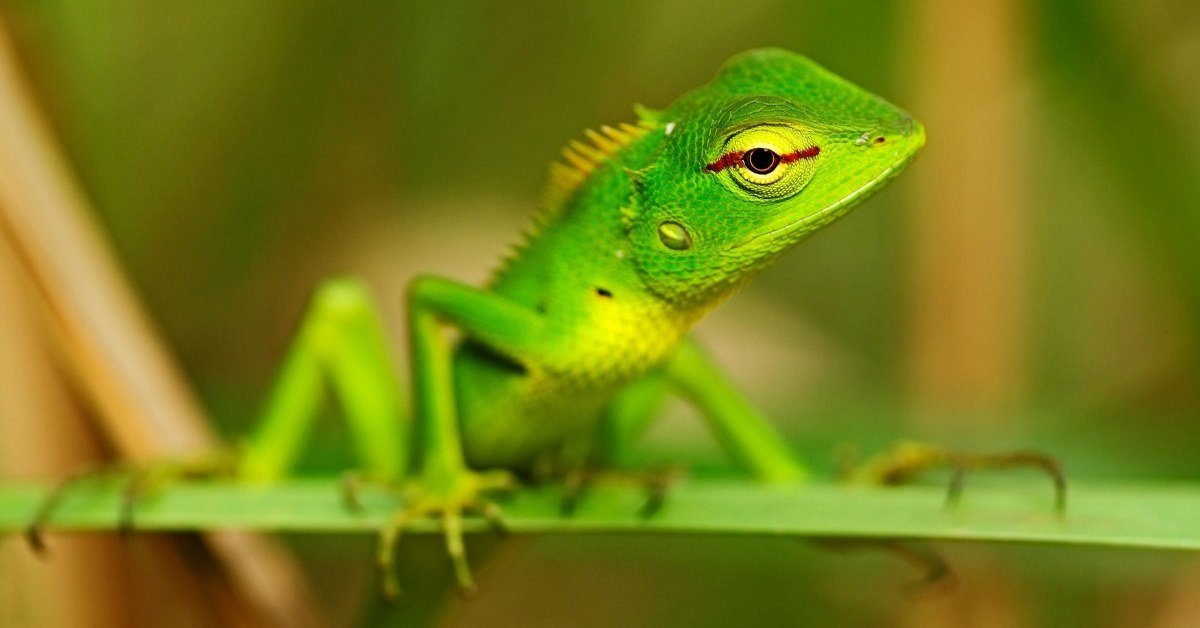 Anole lizards are quite common in North America, with eight different species spread around the continent. The good news is, they are not poisonous. I feel it is also necessary to note that anole lizards are not venomous either.

This distinction is essential to understand as it will put your mind at ease when dealing with anole lizards. Other than that, this article will discuss how these lizards can negatively affect humans, dogs, and cats.

Just because these creatures are not poisonous or venomous does not mean they cannot cause issues for us and our beloved pets (dogs and cats).

Let us dive in and put your mind at ease.

I often hear people use these two words interchangeably. To ensure complete safety and peace of mind when handling anole lizards (or any other animal), understanding the distinction between poisonous and venomous is vital.

A poisonous animal, by definition, means one that releases toxins when another animal consumes it.

A venomous animal, by definition, is one that stings or bites to release its toxin in another animal.

An excellent example of the importance of this distinction is meerkats eating scorpions. Meerkats can eat scorpions because they are not poisonous.

They are only venomous because of their stinger. Meerkats carefully remove the stinger, then carry on to consume the scorpion with no adverse effect.

Anole lizards are neither poisonous nor venomous, meaning no toxins are released, whether bitten by an animal or bite another animal.

However, you are not out of the woods yet as anole lizards can carry diseases that can be dangerous to humans, dogs, and cats.

The most common disease that an anole lizard carries is salmonella. This bacteria is relatively abundant amongst all reptile species and can be dangerous to many other animals, especially humans.

Salmonella symptoms to watch for include:

Another dangerous disease that anole lizards carry is one called Opisthorchis Felineus or cat liver fluke.

While this parasite can be particularly harmful to cats, a similar parasite has also shown up in humans, specifically in Russia and Siberia. Therefore, it is better to be safe than sorry.

This parasite attacks the liver, gall bladder, and bile ducts in cats. Although most commonly seen in the southern

United States and Hawaii, an anole lizard can be a carrier of this damaging parasite anywhere. Cat liver fluke can take up to 12 weeks to mature and show signs of its presence.

These are the two primary diseases that anole lizards carry that can be harmful to humans, dogs, and cats.

Luckily, as you will see in the next section, you can do things for yourself and your dog or cat to prevent these diseases’ contraction.

Are Anole Lizards Poisonous To Humans?

No, anole lizards are not poisonous to humans, but the diseases they carry can be quite harmful, as previously discussed.

Salmonella poisoning is what humans need to be most aware of when handling anole lizards. It is easy to contract, and although it rarely results in death, it is still possible for the salmonella bacteria to be fatal.

There are certain habits you can adopt in order to keep yourself safe and healthy. The first one is to wash your hands thoroughly after handling anole lizards.

Be sure to use anti-bacterial soap, warm water, and scrub for at least 30 seconds. The water’s heat mixed with the soap will kill any salmonella bacteria that came in contact with you while holding an anole lizard.

Never touch your eyes, mouth, or face after handling an anole lizard unless you wash your hands. Doing so is the quickest way to infecting yourself with the salmonella bacteria.

Are Anole Lizards Poisonous To Dogs?

No, anole lizards are not poisonous to dogs. Again, the diseases they carry can cause issues for a dog.

Dogs can still get sick from the salmonella bacteria and will show similar signs to those that manifest in humans (lethargy, vomiting, and bloody diarrhea).

If you own an anole and a dog, keep both pets separated as much as possible. Even if the dog is used to seeing the anole lizard around, it does not mean your dog will not get curious if the opportunity presents itself.

The easiest way for a dog to contract a disease from an anole lizard is to bite one. Eliminating this possibility is the best course of action to keeping both your dog and anole lizard safe.

On the contrary, if you do not own an anole lizard but live in an area that has wild ones, there are two specific steps you can take to ensure your dog’s safety.

The first step would be to secure your porch or patio with mesh netting to keep your dog separated from the anoles running around. At least you will have some peace of mind letting your dog out to do its business.

The next step would be to train your dog to understand the command “leave” or “drop”. This command can be handy if your dog happens to come across an anole lizard on a walk and picks one up.

Teaching your dog one of these words can save them from biting down on the anole and getting sick. Of course, you would also be rescuing the little wild anole lizard, so it is a win-win situation.

Are Anole Lizards Poisonous To Cats?

No, anole lizards are not poisonous to cats. However, on top of salmonella, cat liver fluke is a dangerous parasite that can severely impact a cat’s well-being.

As discussed earlier, this parasite attacks the liver, gall bladder, and bile ducts. It can cause liver inflammation which could turn out to be fatal if left untreated.

If you own an anole lizard and a cat, keep them separated as much as possible. Similar to what we saw earlier with the dog. Cats tend to be more agile than dogs, so a higher level of vigilance is needed.

If you do not own an anole lizard but live in an area where wild ones live, consider keeping your cat indoors. Anole lizards are easy targets for cats, and they can be in a whole world of trouble if they catch one.

The mesh netting around the porch or patio would also work for cats if you still wanted to let them outside.

Again, since cats are most susceptible to cat liver fluke, it is that much more important to make sure they do not come into contact with anole lizards.

Anole lizards are not poisonous or venomous creatures. The only danger they pose to humans, dogs, and cats are the diseases they can spread.

If you follow the safety precautions explained above, you will ensure your health and the health of your dog or cat.

Anole lizards do make great pets and are very popular across North America. Practice safety and proper protection so both you and your anole lizard can live in happy harmony.